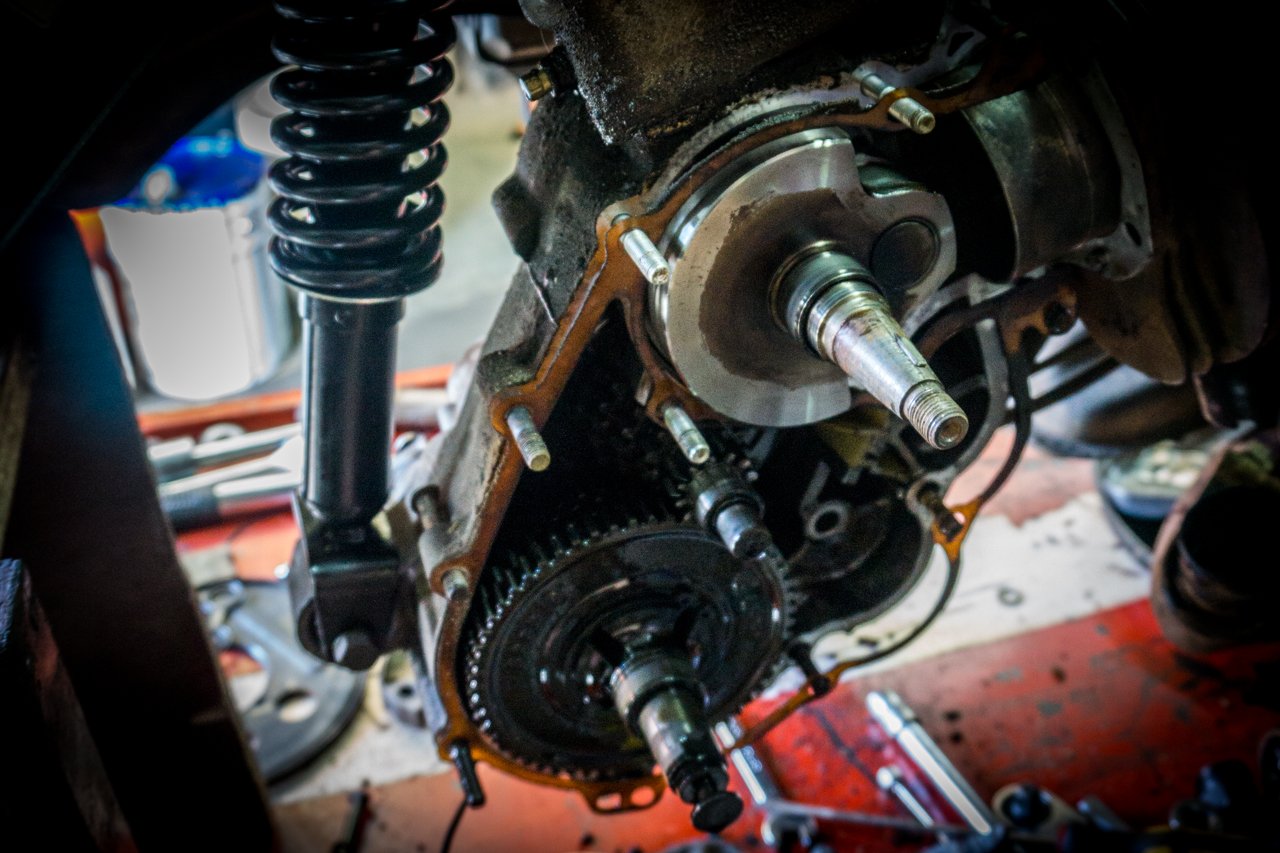 WARNING!!! The business mentioned here (Motonetas Clasicas Argentina) is NOT recommended by us anymore, due to serious complications / damages our scooter suffered after the maintenance done there in 2019. Please note that we have been victims of false / not adequate information regarding spare-parts we purchased and mechanic works done and, after a very detailed complaint letter, not only did they refuse to compensate us, but they also replied in a very insulting language, telling lies about their services and denying any responsibility. Stay tuned for the review that will follow.

*you can watch the video with English subtitles

It’s time for some news! As some of you may have already guessed, we are getting ready to hit the road again. And I wrote “we” because this time I’m not refering only to the 2 of us – me and my Vespa – but to the 3 of us – me, my Vespa and Alexandra, the girl I had traveled with in South Africa and Lesotho. This is going to be the new challenge for the Vespa… 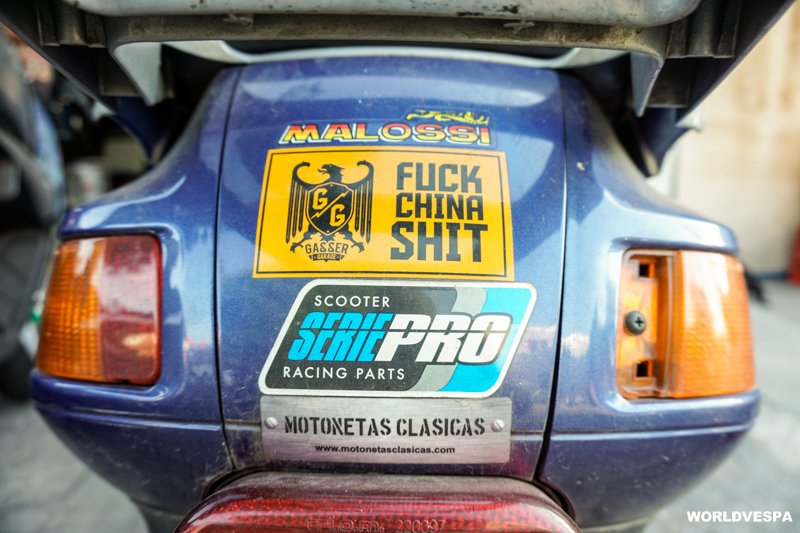 The first thing we had to do was to take the motorcycle to a good mechanic to check it…we knew that it already had a problem (the shock absorber was scratching the rear wheel) but maybe after 32,000 difficult kms on African soil, it was time for a more “experienced eye” to take a thorough look at it. If you consider that the engine had never been opened and that the vespa had a total of around 150,000 kms on the clock, we were suspecting that the time to open the engine had come…

The guys from “Vespa Club Buenos Aires” suggested that the only ones we could trust for this job, were the mechanics of “Motonetas Clasicas Arg.”. So, we called them, arranged an appointment and decided to trust our priceless vehicle in their hands. 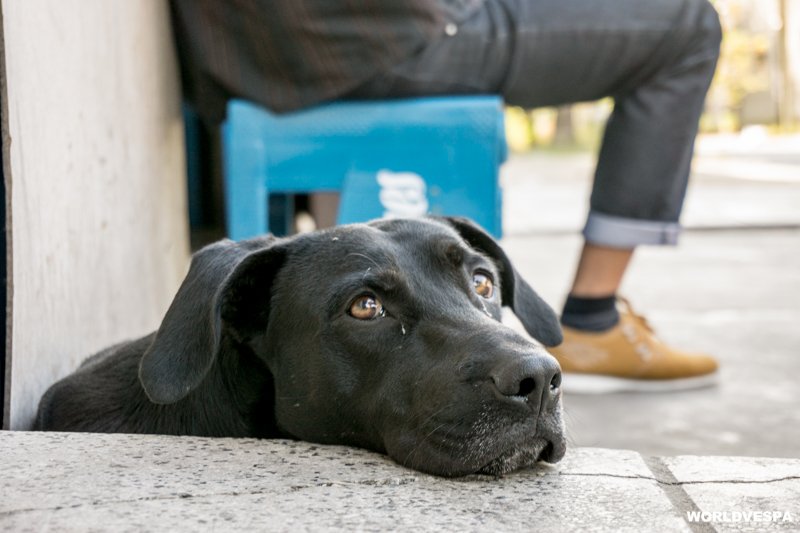 In Greece we say that “as long as you dig, you find things” and starting from the replacement of the shock absorber which resembled more to an “S” and not to a normal shock absorber (see in the picture the shape it had taken), we found many things that needed replacement or repair in order to continue traveling safely. 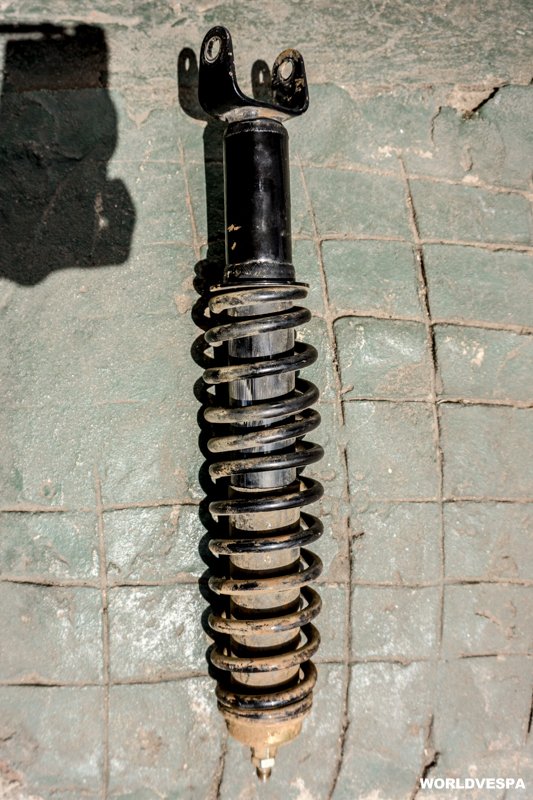 The old rear shock absorber has the shape of an “S”!

Here is the list with all the parts we had to replace/repair: 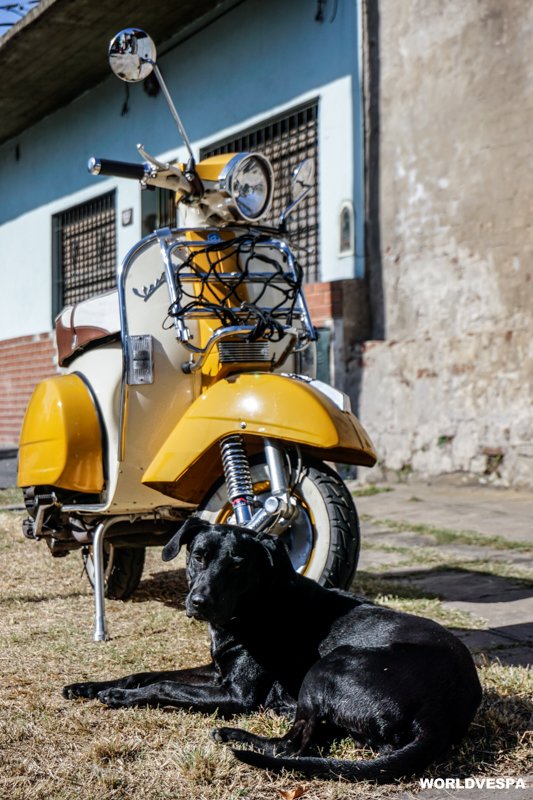 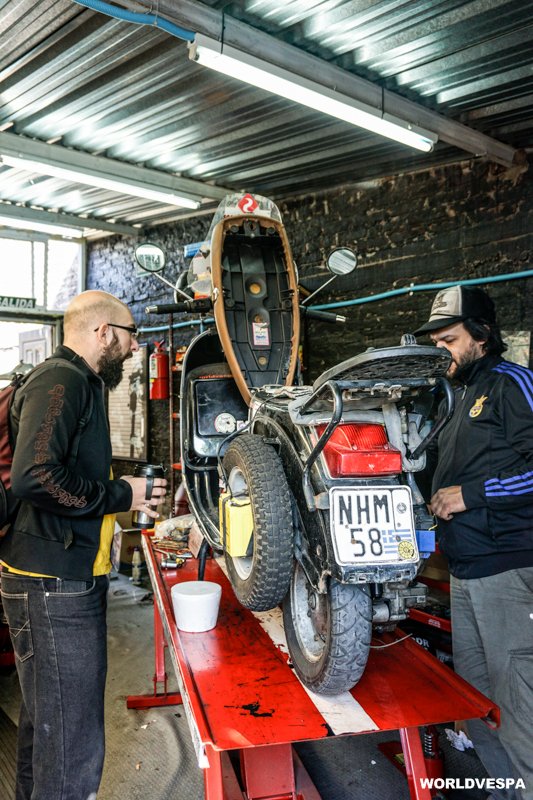 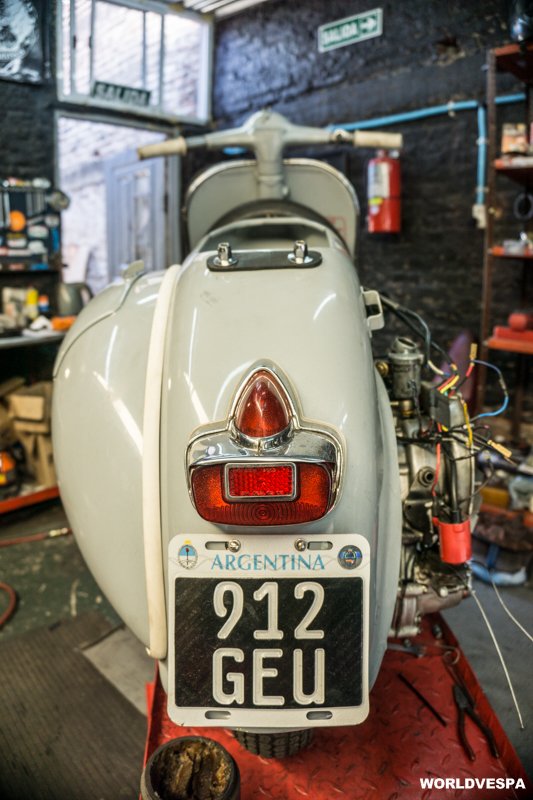 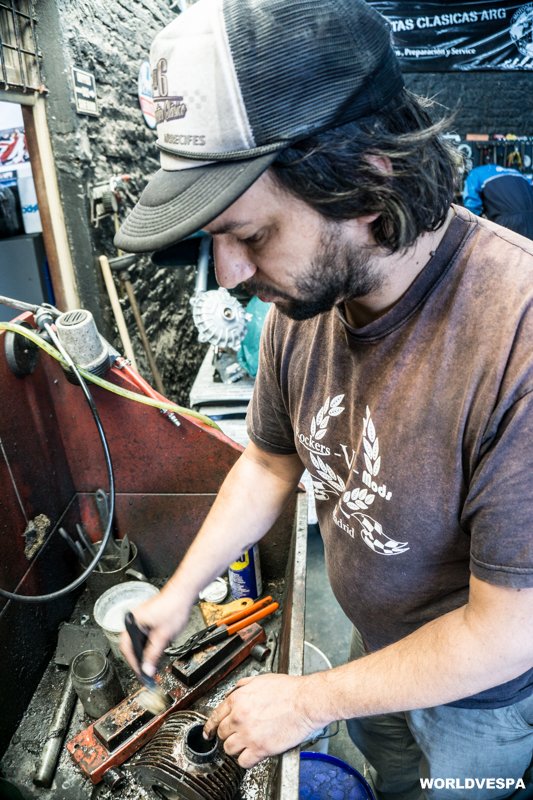 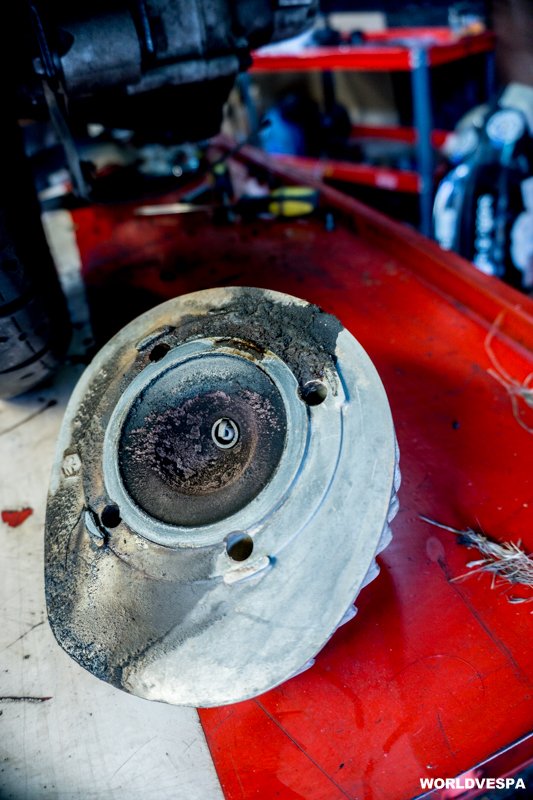 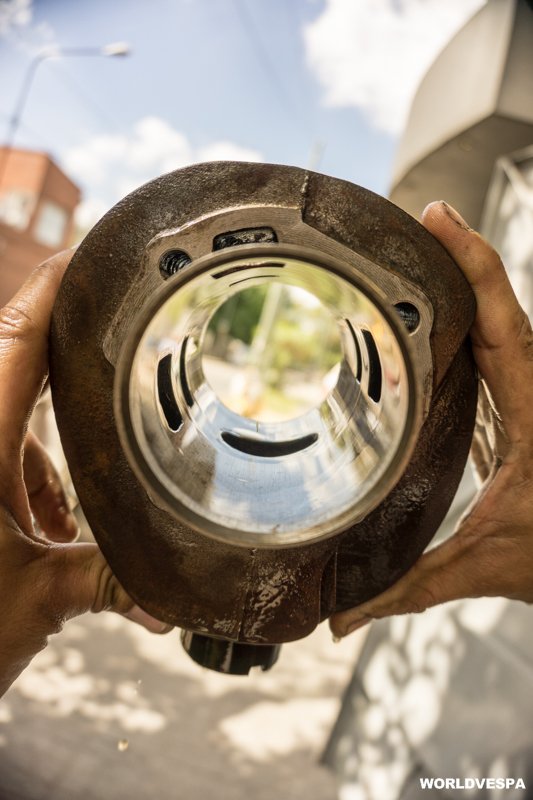 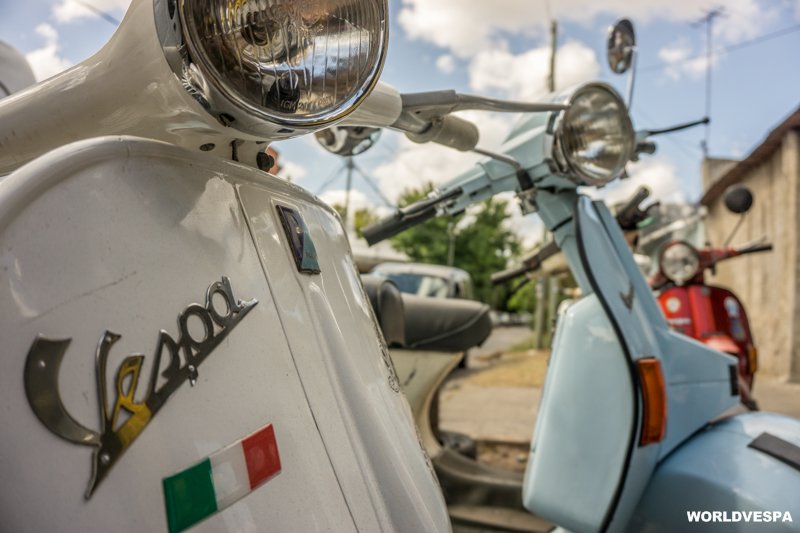 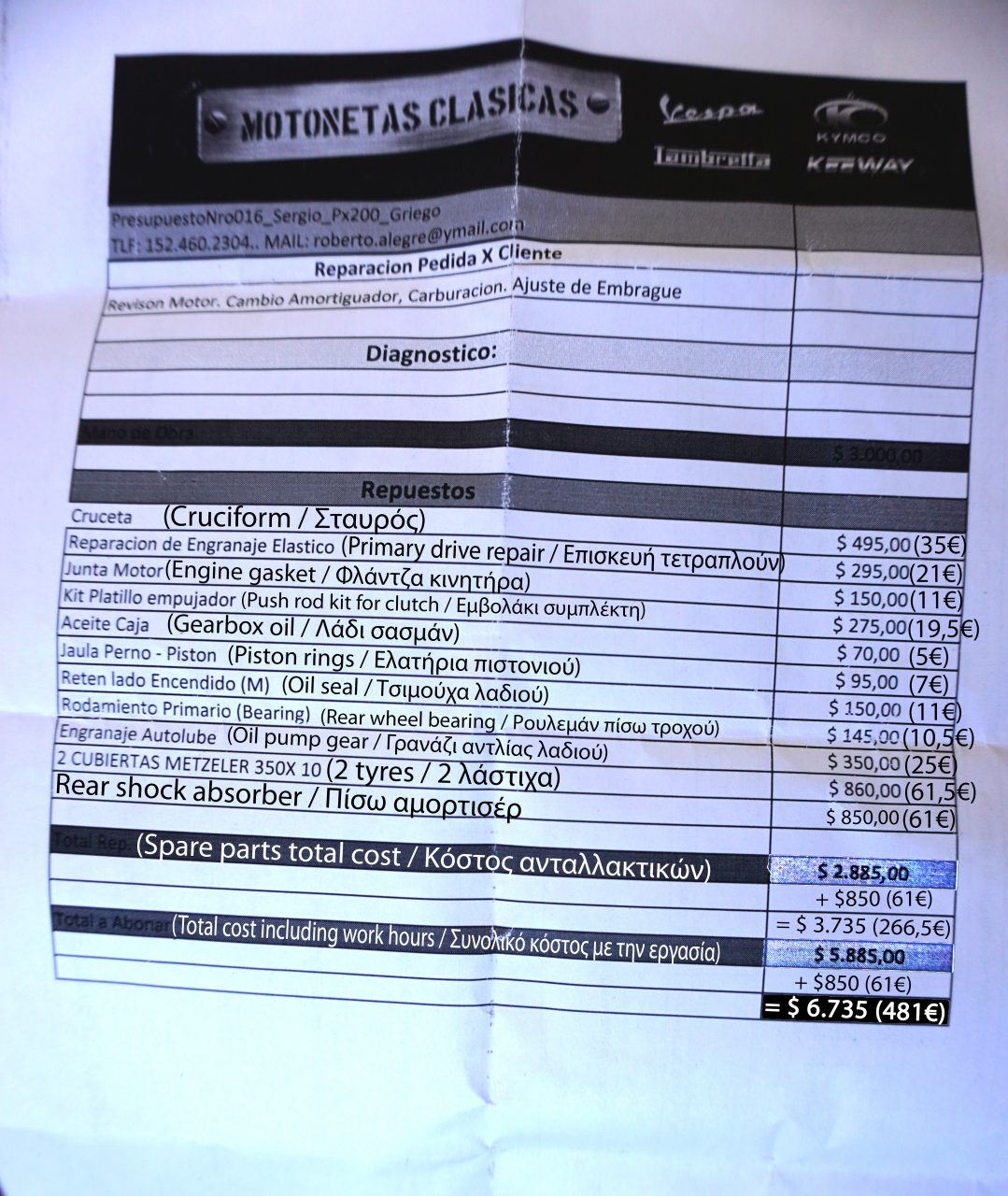 Unfortunately, the total cost for all these (including the work hours) was 481EUR and we really hope that the Vespa is not going to need anything else for at least 150,000 more kilometers!

P.S. I should also mention and thank one more time scootershop.gr for the spare parts that kindly offered me on a previous service!

12 Comments on “Preparing the Vespa for South America”