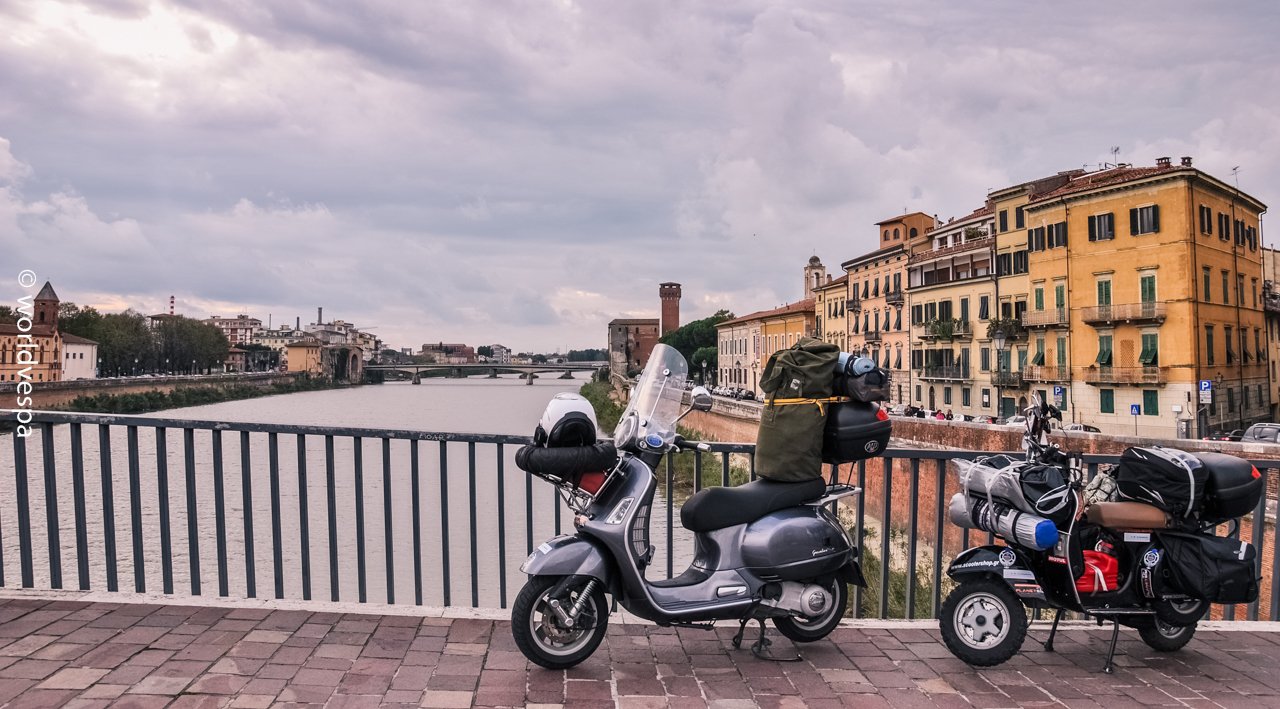 I’m sitting on a comfortable leather sofa in our host’s loft and I thank my good luck that made me take the decision and start the trip. But, how did we get here?

On Monday the 28th of October (2013), we arrived at the port of Ancona. We had already contacted a guy from the couchsurfing community, who had agreed to host us for some days. Nico was living in Senigalia, a town not far from Ancona (about 30kms north), so we only had a short ride ahead of us that day.

The distance between the port and Nico’s house was so short and the road so straight that we easily got there after half an hour’s journey. When we arrived outside the building and I stopped, Thanos thought that I just wanted to take some pictures of the place. When he also realized that this was the place we were about to spend our next days, he immediately prepared himself for a nice holiday! Nico came and he even helped us with our luggage. We couldn’t believe that we’d stay in such a beautiful place. 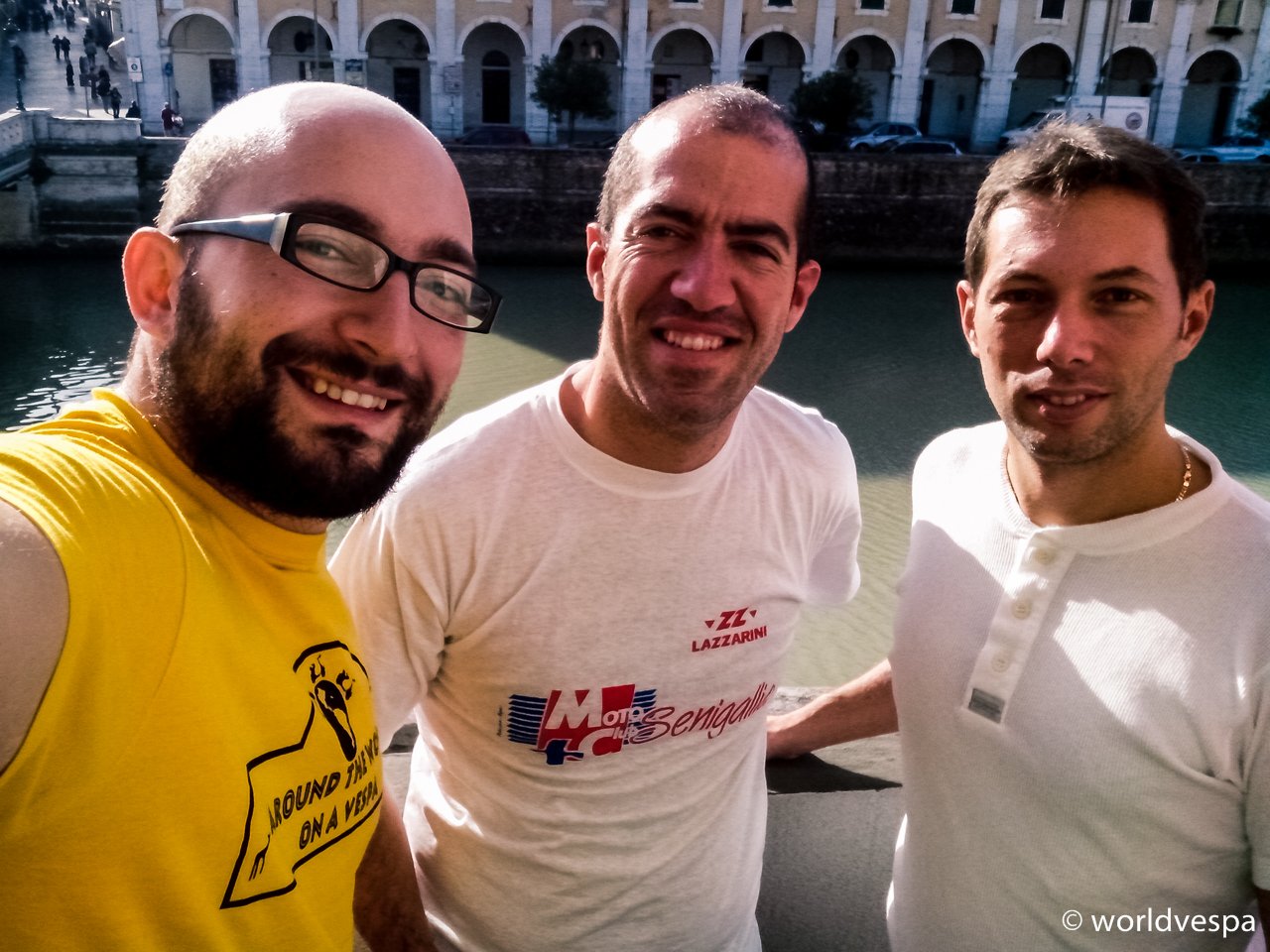 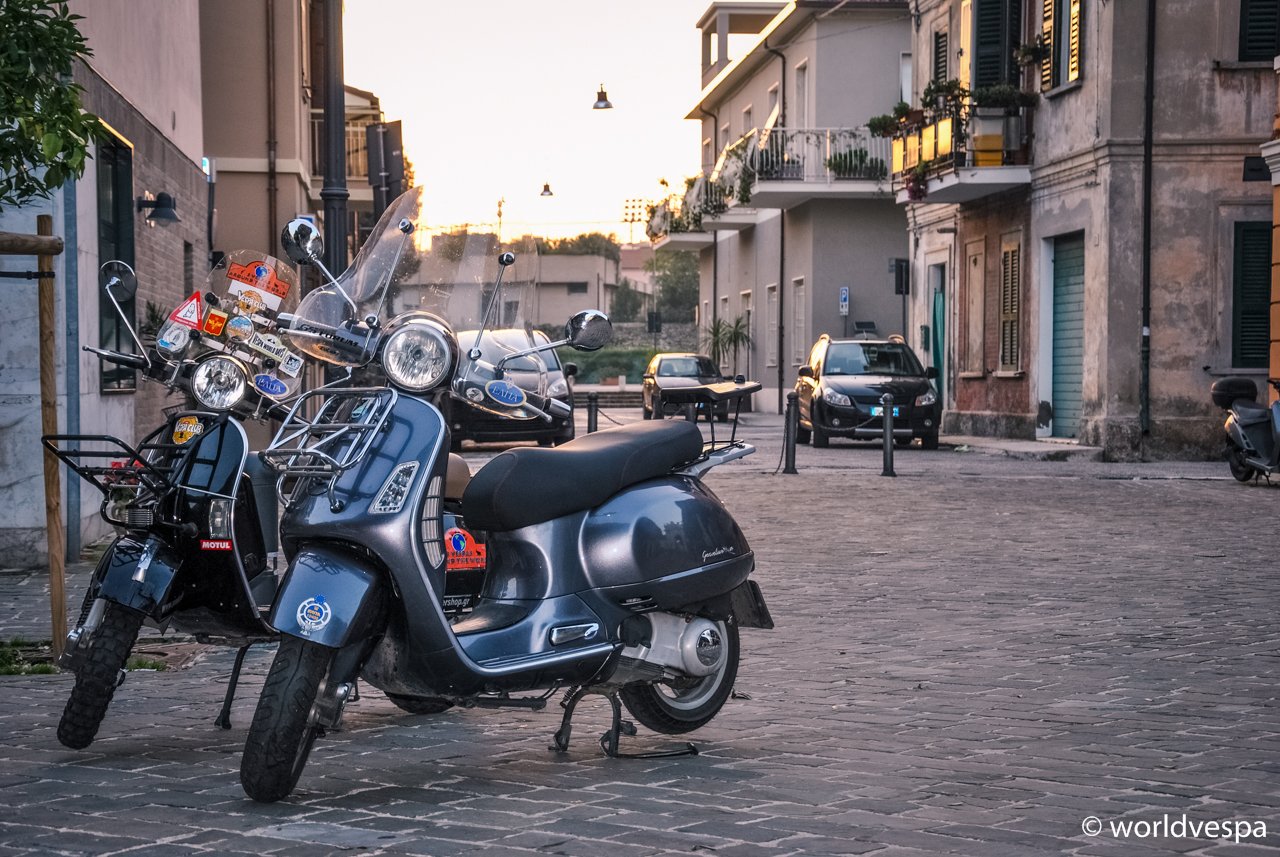 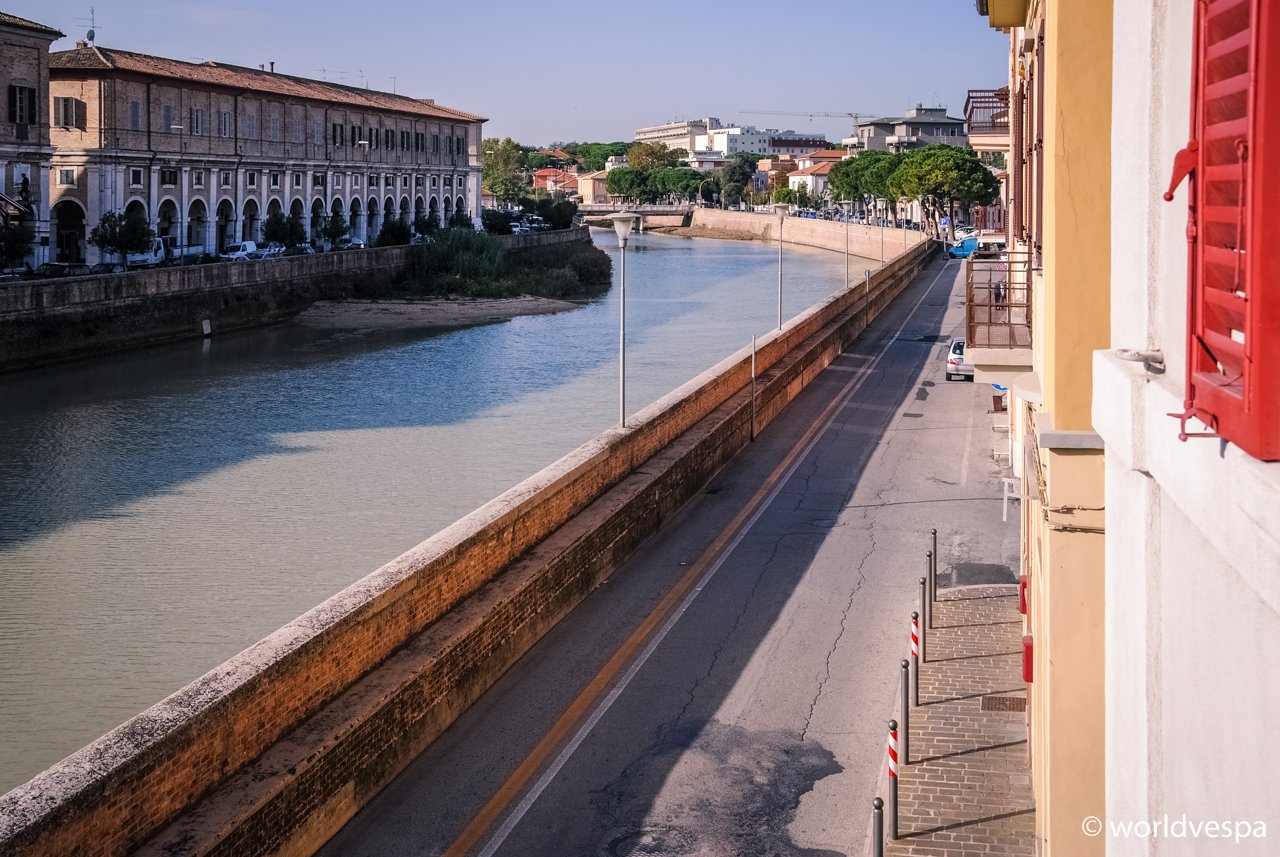 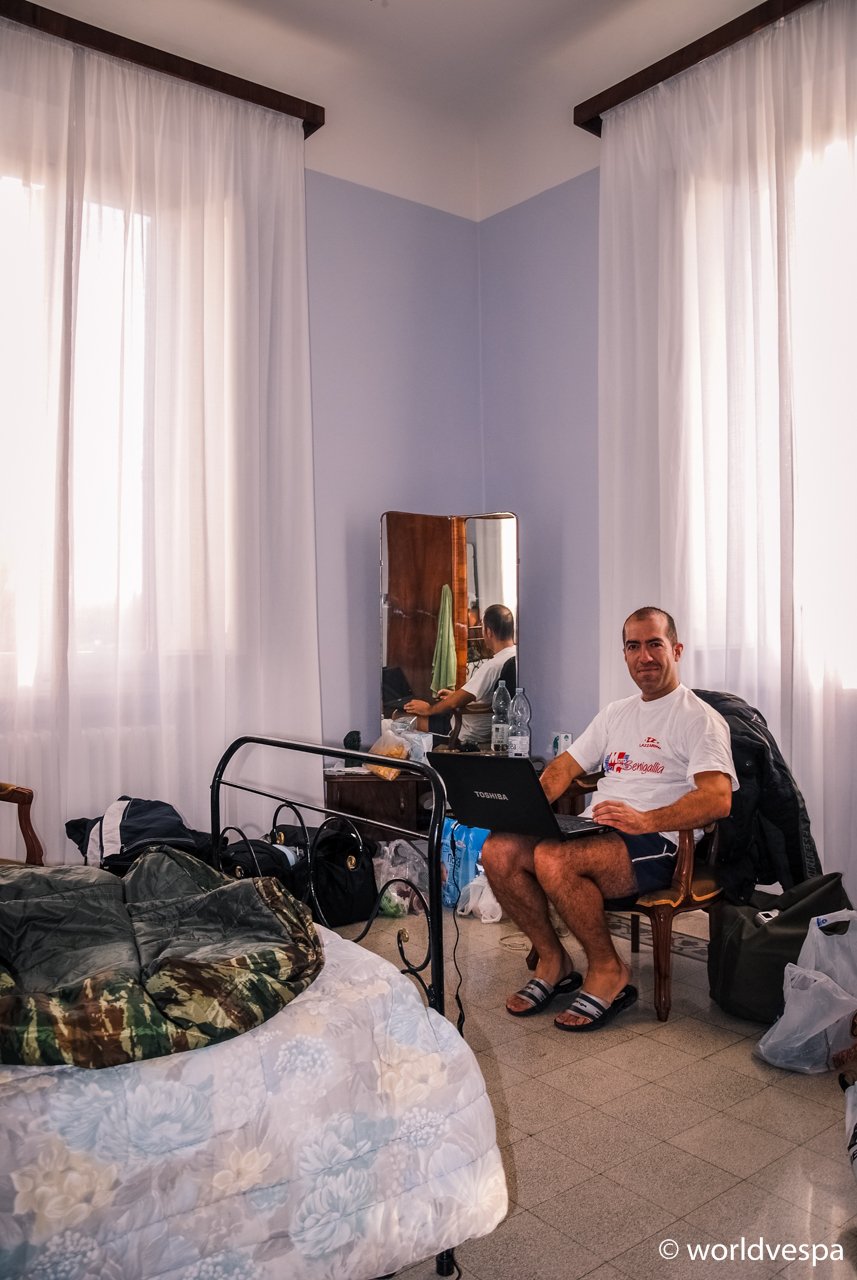 His house was better than a 5-star hotel. We got to our room, had a shower and when we opened the bags with our mothers’ home made food and got ready for dinner, Nico came and invited us to the dining room. He had prepared a spaghetti bolognese…

“Something’s wrong here!”, Thanos whispered to me, but fortunately nothing proved enough wrong to spoil our mood.

After a good night sleep, our batteries were fully charged and we were ready to see Senigalia. Nico had his day off and after breakfast (and some hours just hanging out in the loft) we went out for a walk. Senigalia isn’t that big. There are about 44,500 people living there. What a nice place to live! So clean and tidy, with its canal, its narrow streets and a beautiful architecture. Located by the sea, it’s a summer resort for Italians who gather at its huge sandy beach.

After a whole day of walking in the streets of Senigalia, taking pictures and enjoying the beauty of the city, we got back home, had a nice dinner with brochettes on the menu and after some chatting, we went to sleep.

On Wednesday the 30th, it was pizza night! Nico had told his parents about us and his father, who was a vespista and member of the Moto Club of Senigalia, arranged a welcome evening for us! He invited his friends and the local Vespa Club and we had a great time talking about motorcycle travels, drinking beer and eating – what else? – pizza!

On Thursday we just stayed at home to work a bit and make a new video. Only in the afternoon, we went for a walk with Nico and his father. It was Halloween and everyone was out celebrating. After we payed a visit to the Rally Museum of Senigalia, we returned home and ate a spaghetti carbonara cooked according to the traditional Italian recipe. Italians eat a lot of pasta and I can definitely get used to it!

Time to go, next morning! Our destination was not far from the city of Sienna. It’s called Colle di Val D’Elsa and a couchsurfer would be waiting for us there. We had about 275kms ahead of us and we were planning to leave Senigalia at 10 so that we had plenty of time to take some pictures on our way to our new host’s place. Unfortunately, we couldn’t spend much time there because we had to take the ferry boat to Tangiers on Saturday at 22:30. Arrivederci! 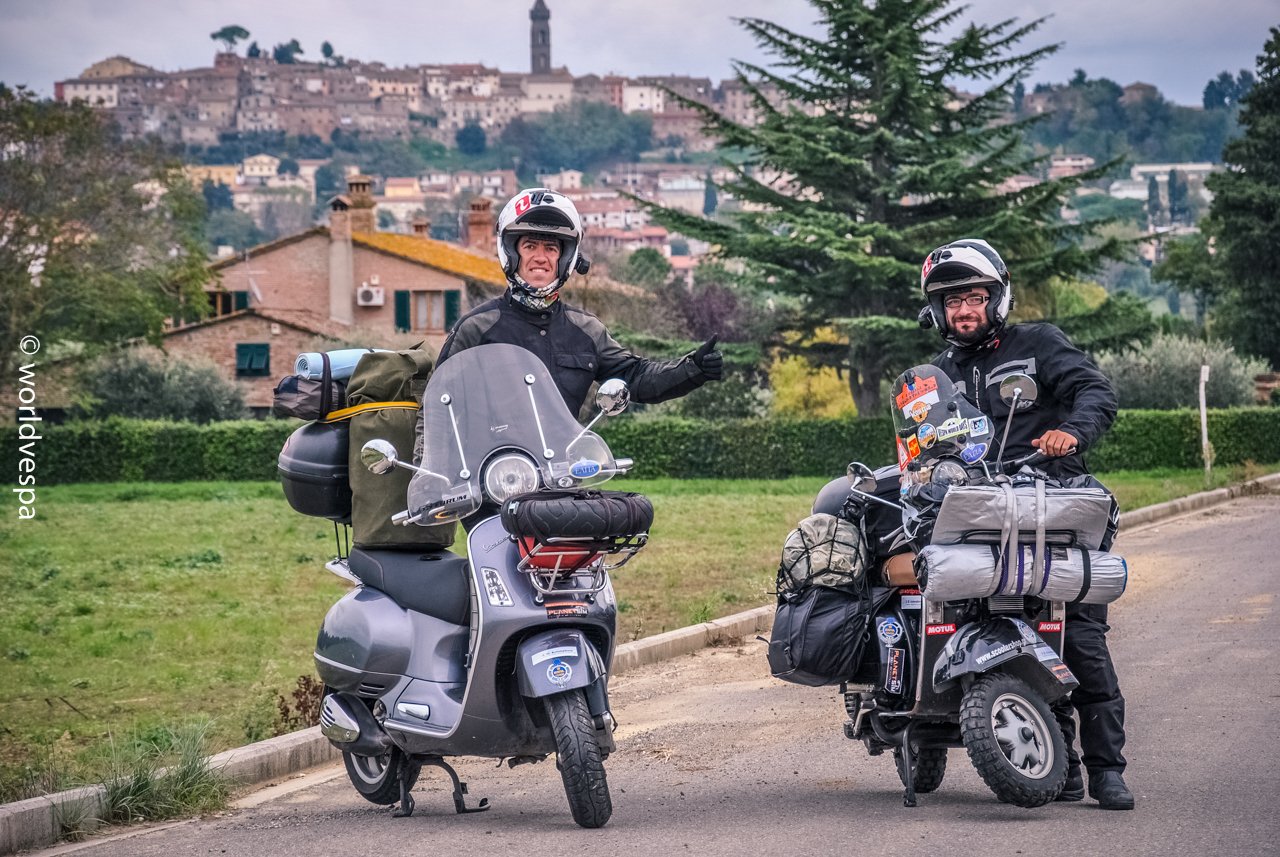 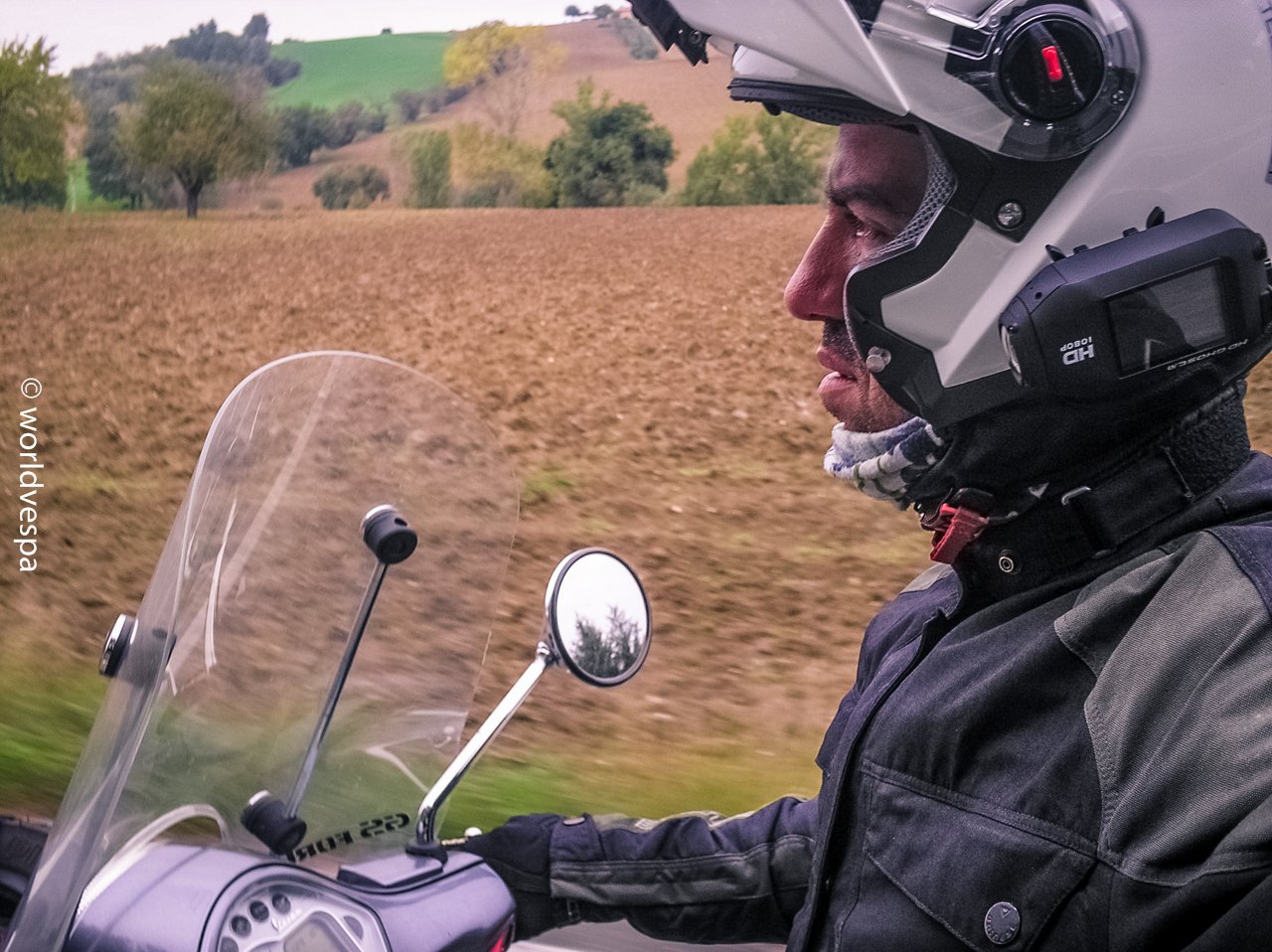 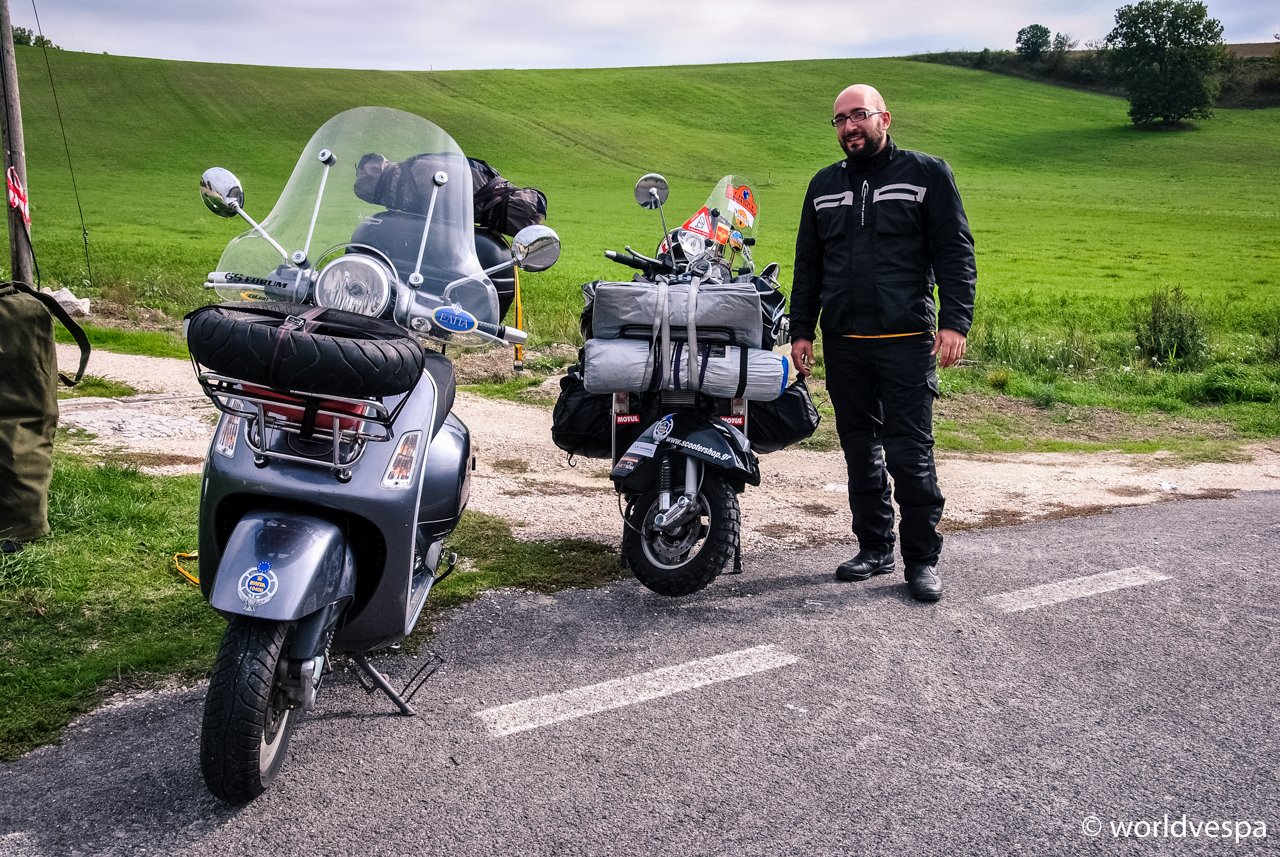 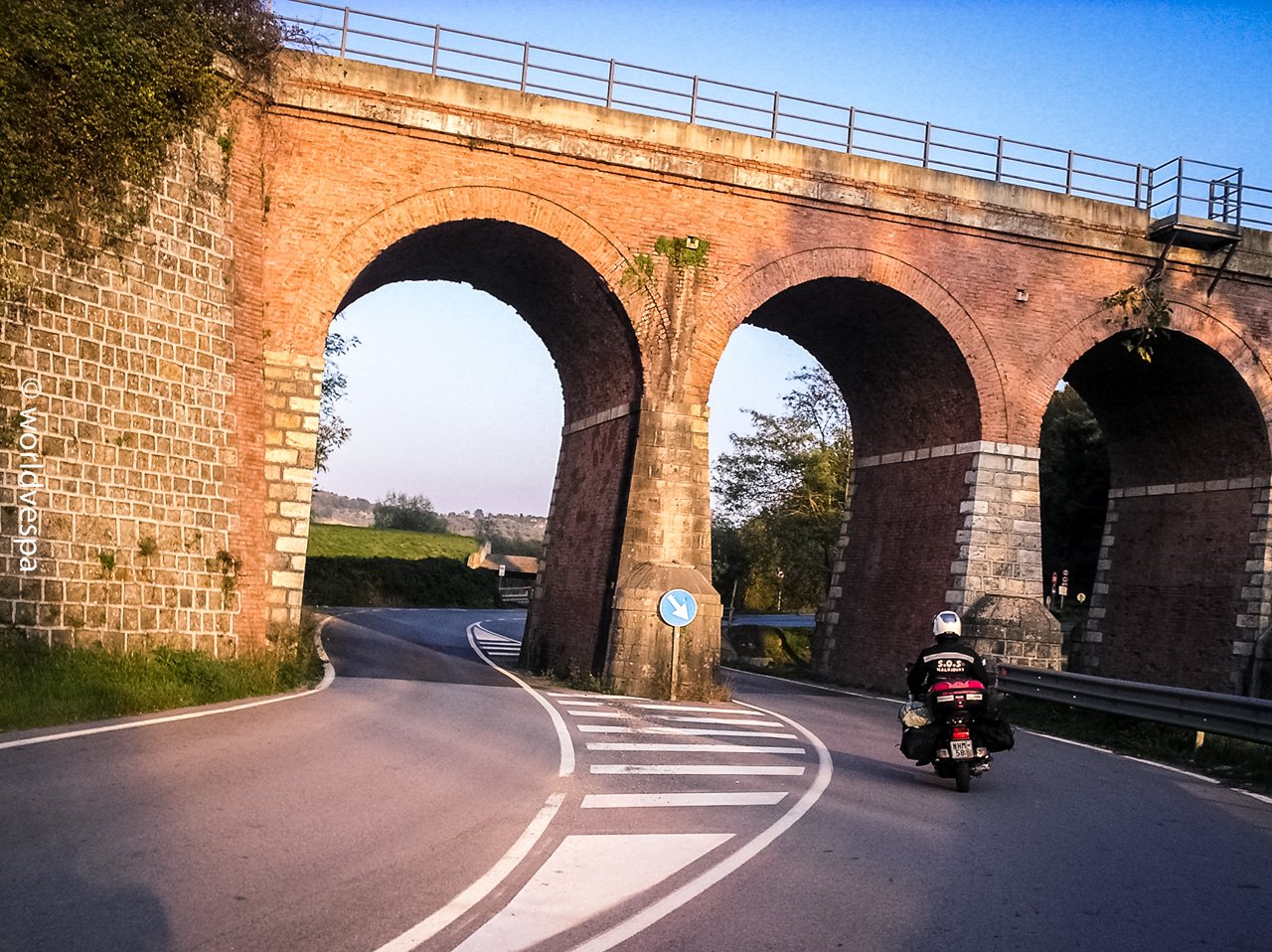 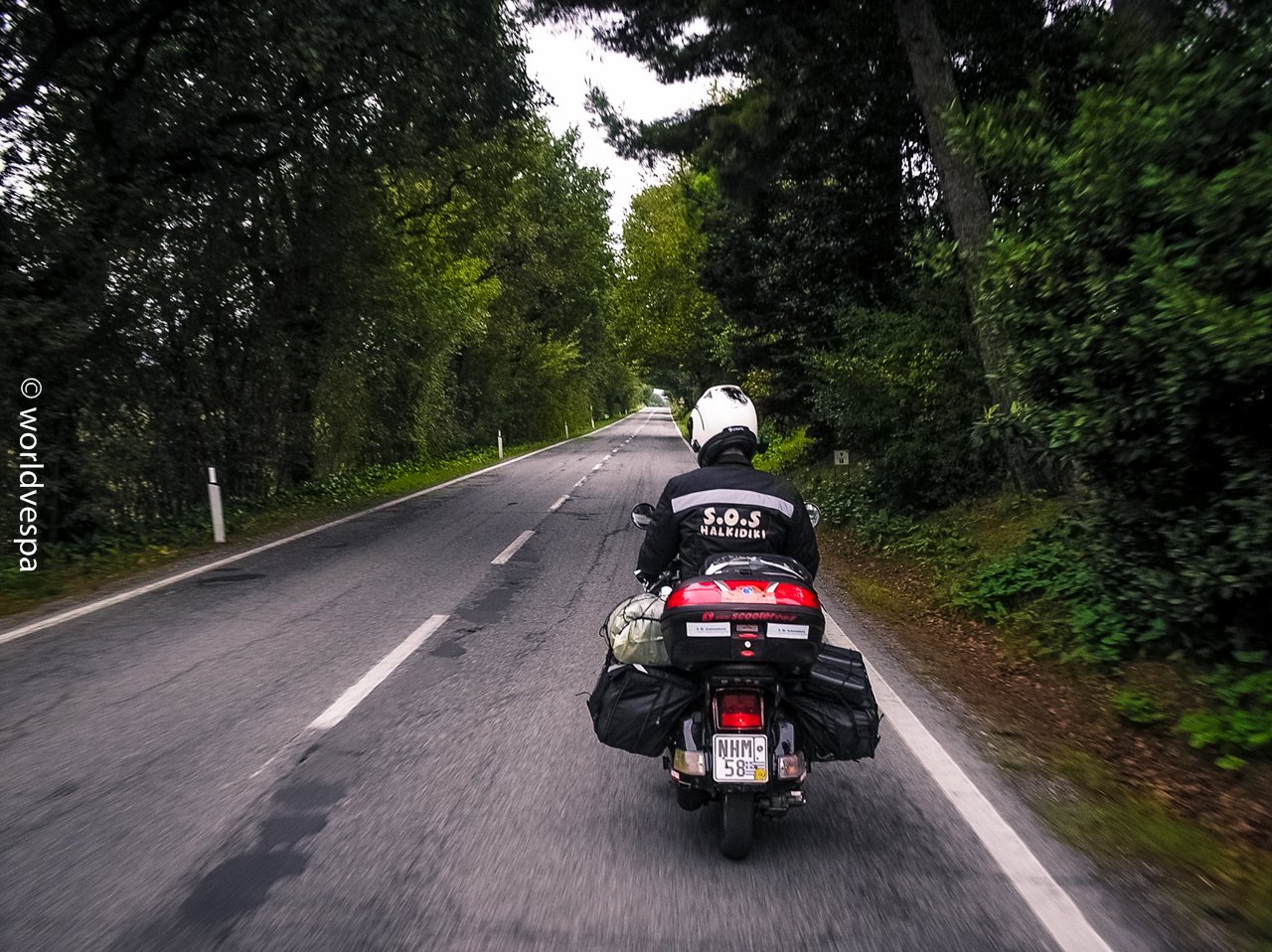 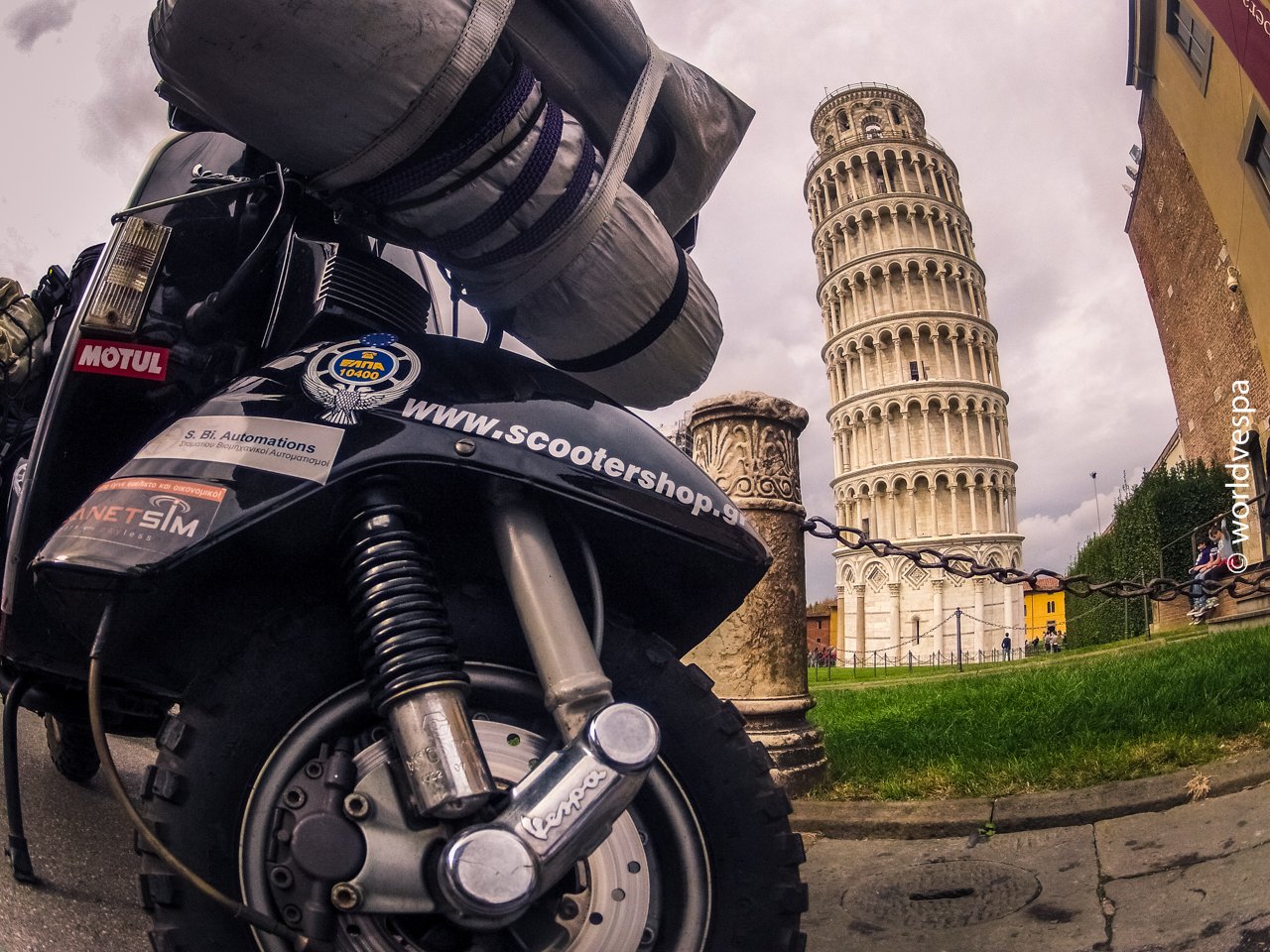 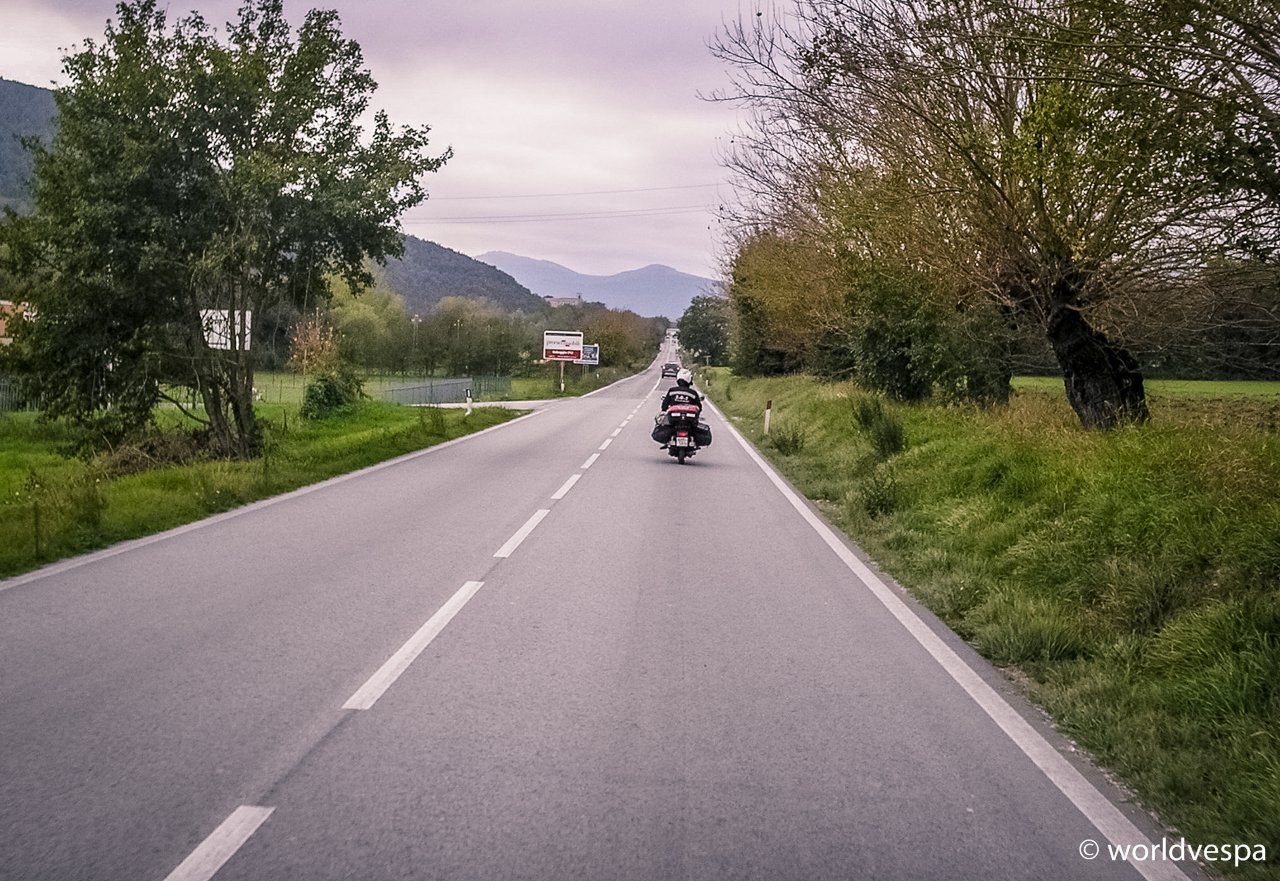 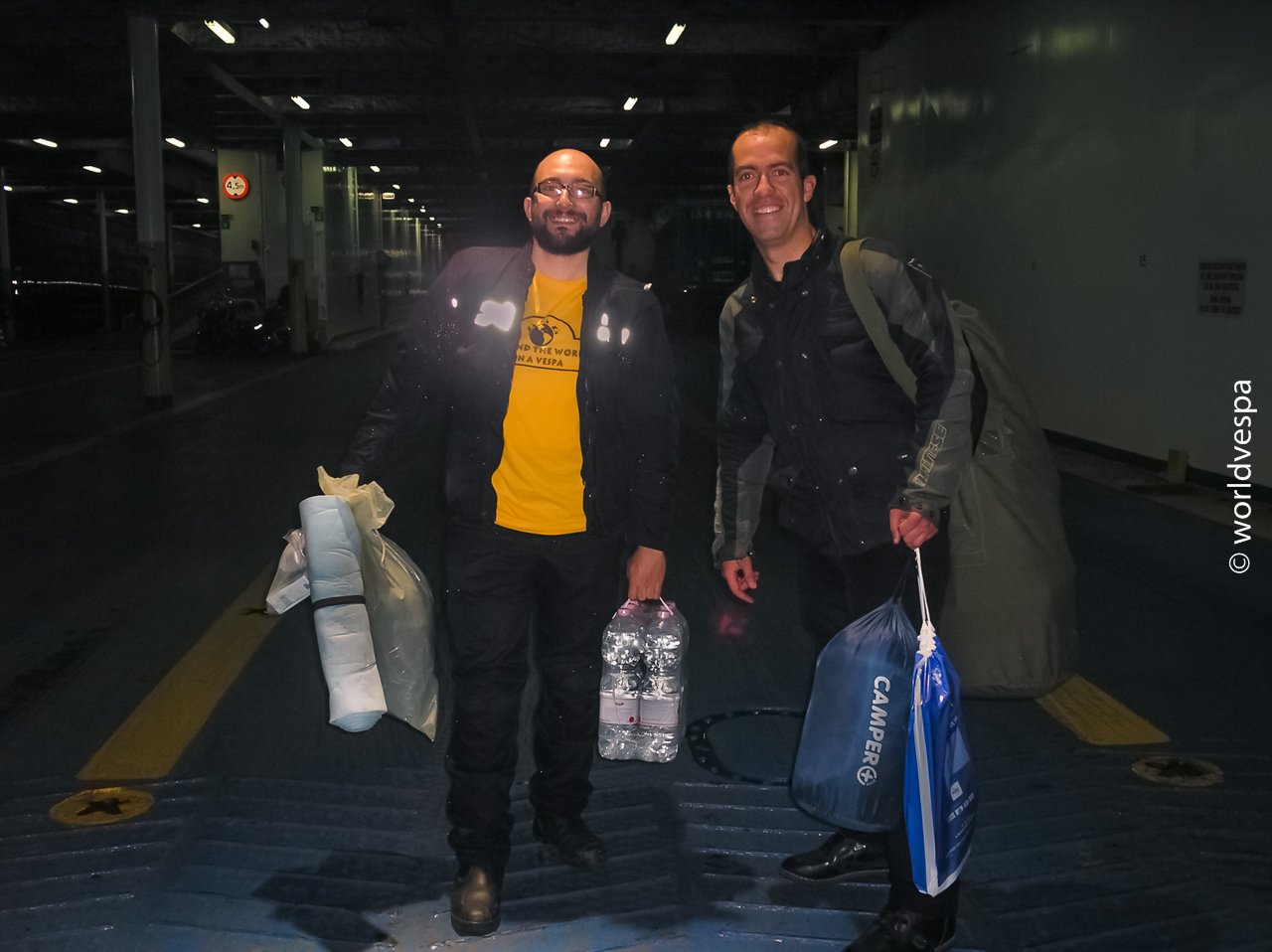 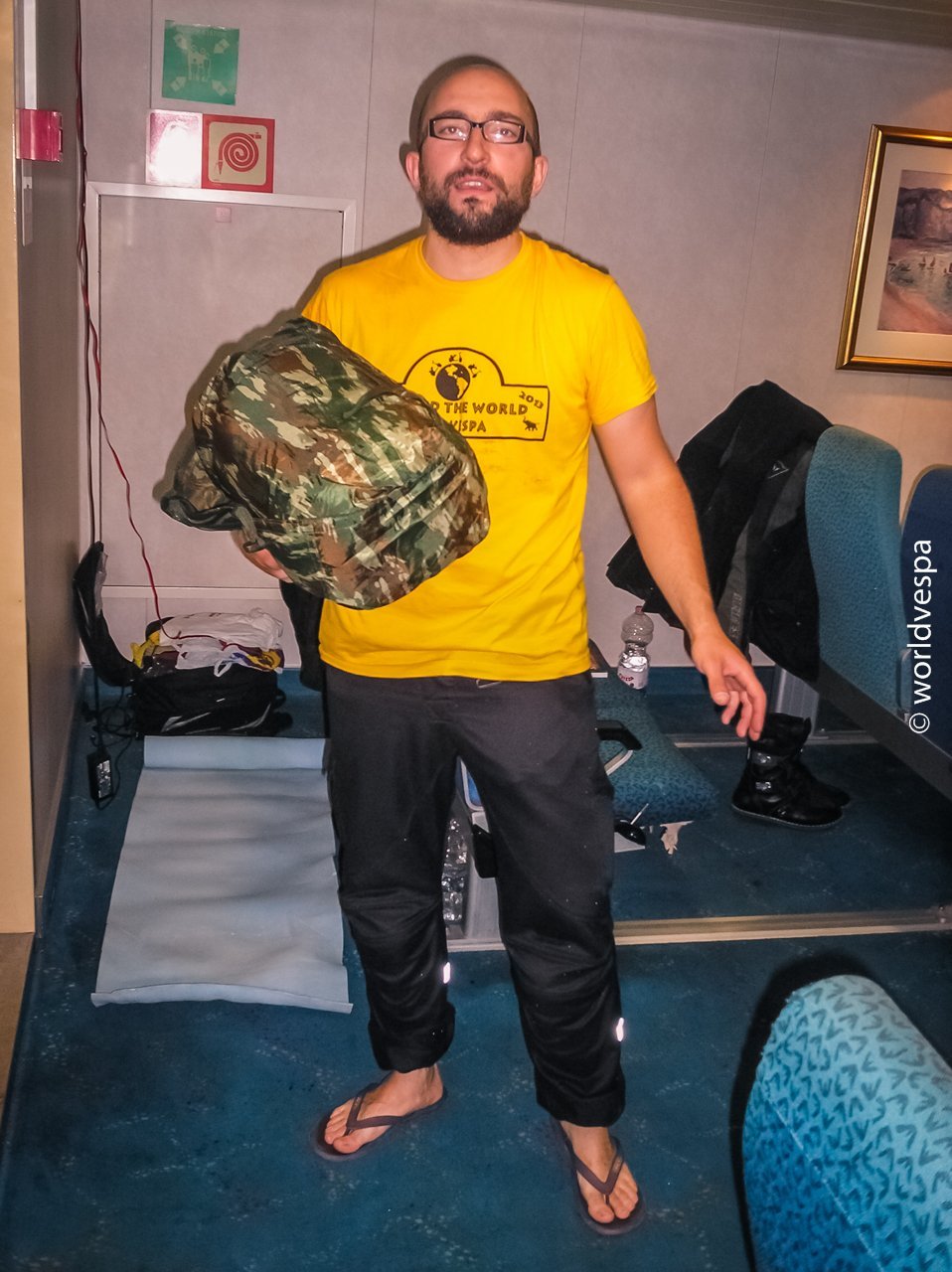 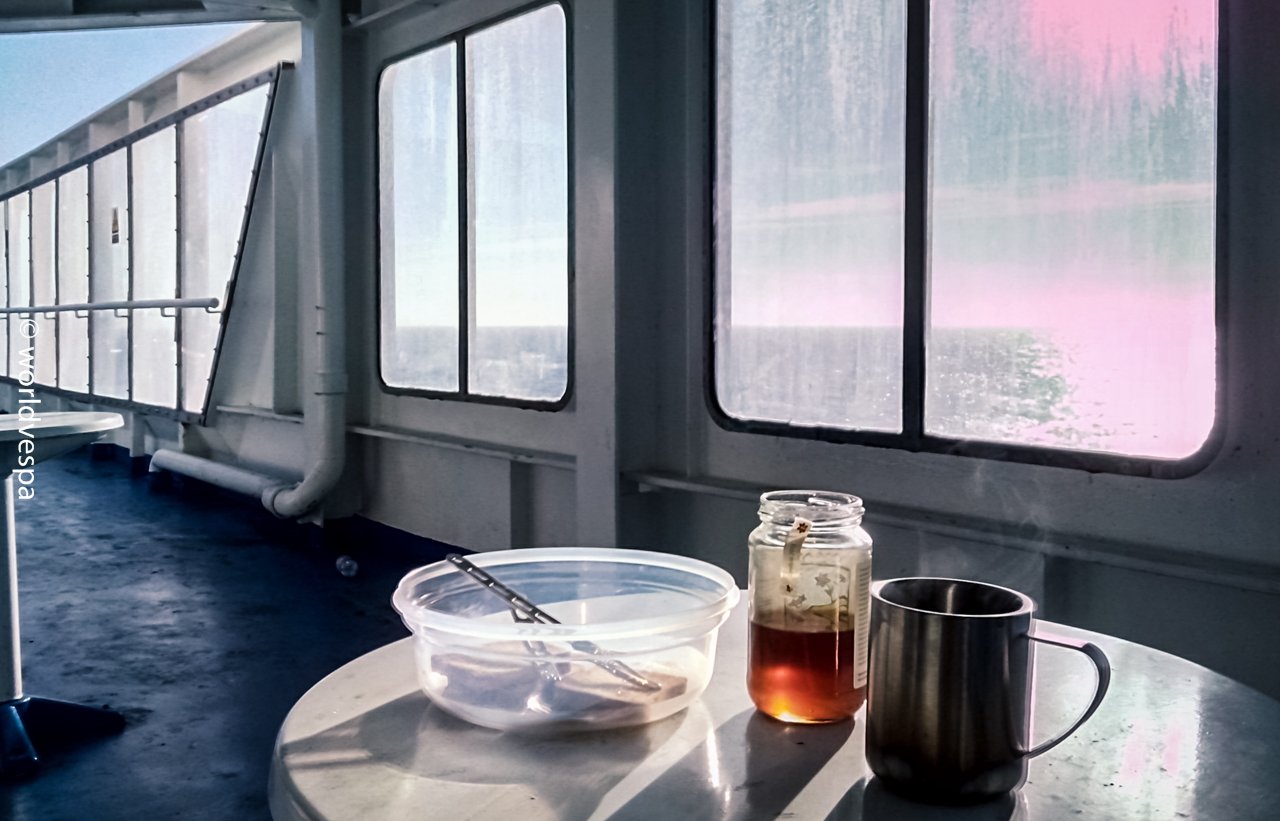 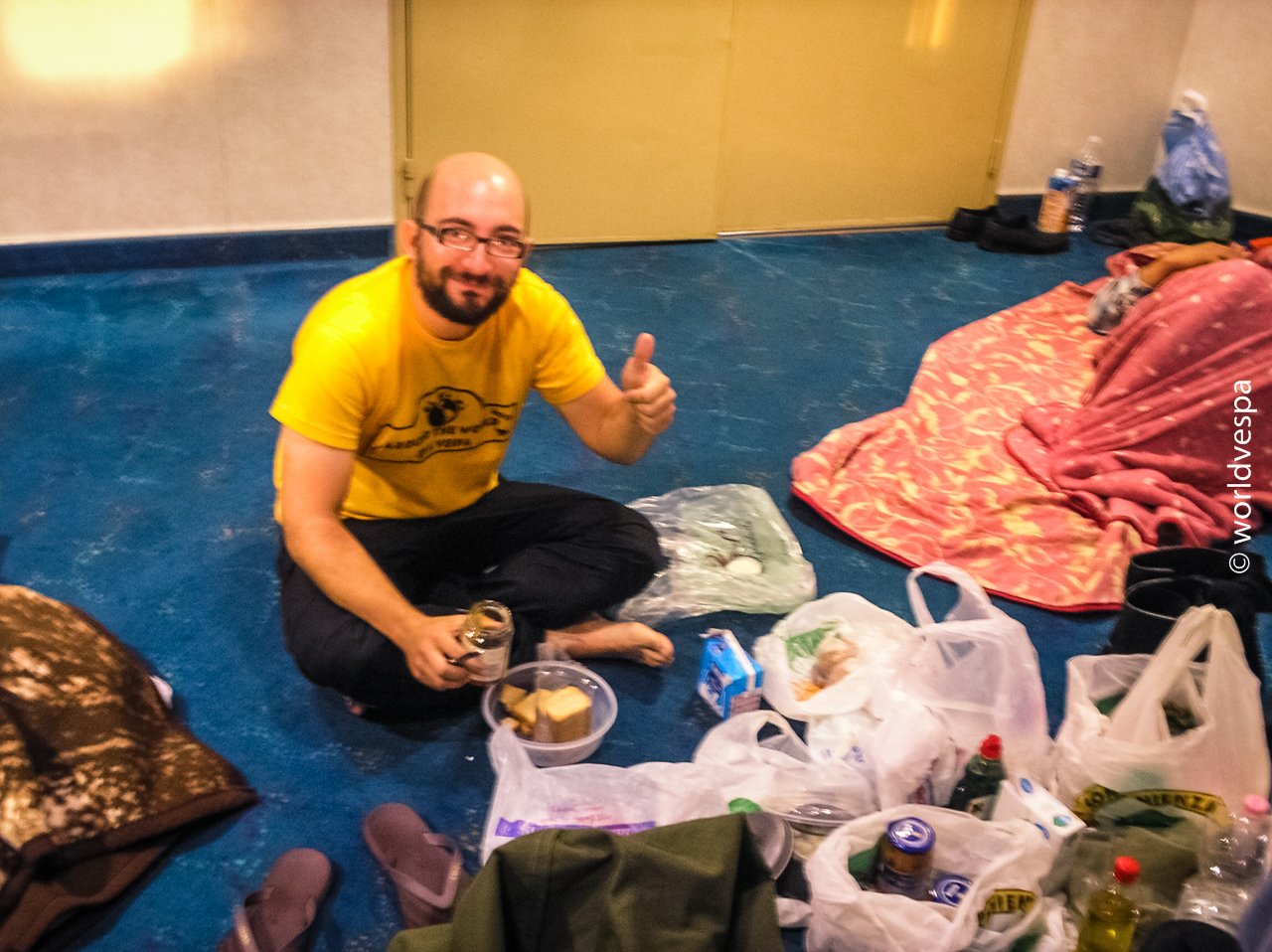 3 Comments on “The first days in Italy”