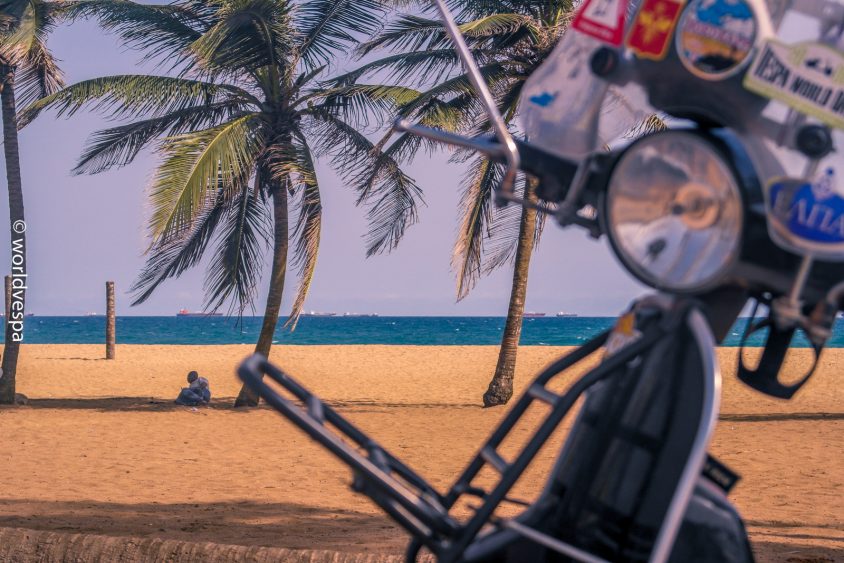 What’s your name? I’m Kitsos, the Vespa – and I recently heard that my name is a name for donkeys in Greece.

Where are you from? From Italy, obviously!

Occupation? From October 2013, I signed a contract to travel around the world and be the official worldvespa vehicle! Shouldn’t have done it! Only later I realized that being the official vehicle of such a project means that you have to do all the dirty work!

Any studies? Nope…but I’m wiser than many others who want to show off their degrees without knowing anything about the world!

What’s your vehicle? I AM the vehicle!

What are the things you like? One of the things I love the most is when the people we meet on the road, after hearing our story, get so surprised and astonished and say that Stergios is a hero. Stergios doesn’t believe he’s a hero and he always says that everyone can do what he does, but I’m not like him! Under this rusty surface, a real star is hidden: I, Kitsos, the heroic scooter!

And what makes you feel sad? I know that sometimes I get grumpy and complain about everything but, to tell you the truth, I don’t want this journey to be over… Screw the admiration of the people, the only thing I want is to be able to fulfill my destination: keep going as long as I can. So, the only thing that makes me feel sad is the thought of failure…

Tell us a bit more about you… Err…I have to admit that at first, when I heard that Stergios would take Alexandra with him on the journey, I got a bit upset. I was afraid that she’d probably have a bunch of stuff and that she would make him take all these things and put it on my back. I was wrong: she respected my shock absorbers and took only what was necessary. She even convinced Stergios to sell that guitar that every time he took in his hands, gave me a headache – come on, you’ll never learn! Sorry Alex, I now like you and I’ll do my best to take you both around the world!

And…are you planning to go back to Greece sometime?
Wherever they go, I go! I am their official vehicle, don’t forget that!