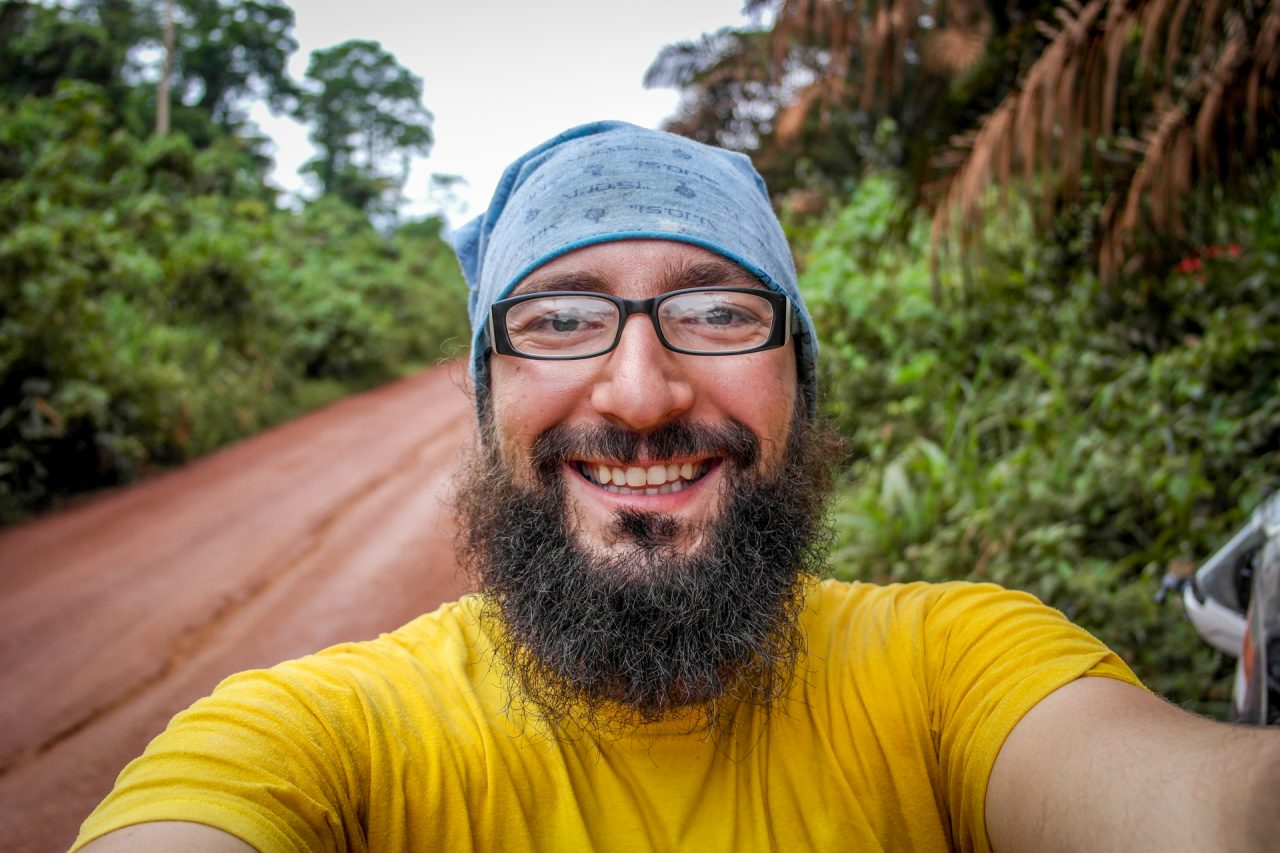 Where are you from? From Thessaloniki, northern Greece

Occupation? Since the age of 18, I'd been working as a waiter mainly, in cafeterias and restaurants. I have done some other jobs, too... washing cars, selling potatoes at the farmers' market...

Any studies? After my unsuccessful attempt to graduate from the Merchant Marine Academy (I never liked the sea that much) I studied to be a car / motorcycle mechanic, in Thessaloniki


What are the things you like? Apart from traveling around the world, I like several things. At some point while I was on the road, I realized that I love making videos and taking pictures. This is my way of being creative. Oh, and I also like food...not so much cooking it, but eating it!

And what makes you feel sad? The fact that our world is based on huge inequalities, war, fear, exploitation, injustice... Sometimes I laugh bitterly, but some other times I feel I can't take it anymore. That depends on my mood.

Tell us a bit more about you. I guess you are interested in learning why I decided to travel on my Vespa…Ok, I’ll tell you! I was a bit tired of staying in Greece doing nothing but drinking “frappe” coffee at the beach. I always had in mind doing a big journey, something that would take me away from the Greek miserable reality. From the moment I first rode my Vespa, I knew that something had changed. My first trips were in Europe: I had a job, so every summer, I had some savings and some free time. But gradually, things became more difficult: I still had my job, but I couldn’t manage to have neither enough savings, nor enough free time. The “best” thing happened to me in 2012, when
my monthly salary dropped off dramatically – surviving with 210€ in Greece is impossible! Additionally to this, I realized that I could no longer understand most of my friends, as I found out that the way we think about life is completely different (I can’t stand hearing the fatalistic phrase: “Praise God, at least you are not hungry…”). But the worst thing was the exploitation of the gold mines in my home town. The Greek government decided without asking, to sell at ridiculously low prices the public land around my hometown (Skouries, Halkidiki) to a mining company without taking into account the people or the huge environmental issues that this “investment” would cause. Suddenly, my life became a mess, so without second thoughts I decided to leave everything behind. The original plan wasn’t to travel by myself, Giorgos and Thanos, two friends of mine would also follow. However, due to personal reasons Giorgos never started the journey and Thanos abandoned it after two months on the road. The day we started to plan the trip, we had about 20€ in our pockets but we were really lucky: not only did I manage to make some money by selling almost everything I had (my bicycle and my other motorcycle, my second cell phone, etc…), but just before we left, I also took back some money owed to me from long ago! That was it: on the 27th of October 2013, I was on my Vespa beginning my big trip and riding towards Africa!

And…are you planning to go back to Greece sometime? Greece is the country where I was born and my family and friends live there, but I can't imagine spending my life living in one place. Plus, I don't want to make long-term plans. If someday I don’t feel fulfilled by my lifestyle, I won't hesitate – I'll change it again. But, until this moment, traveling around the world is the most powerful experience I’ve ever had and I don't think that this is going to change anytime soon.